Boomer was unable to pass urine 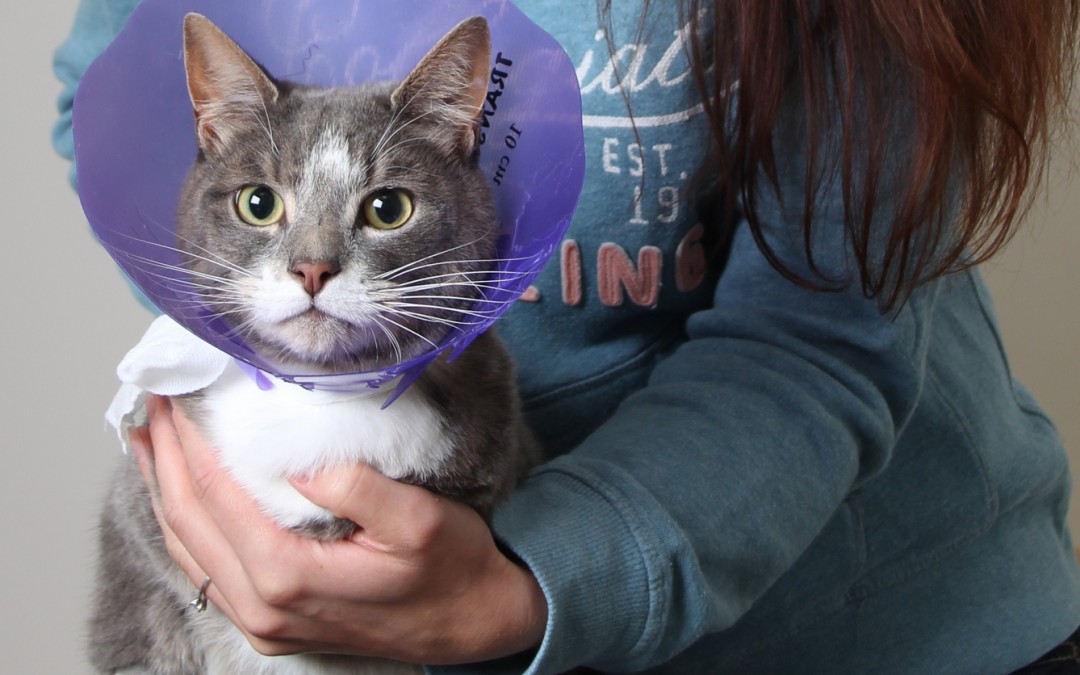 When Lisa comes home in the evening, Boomer always rushes to greet her, purring. One day, when she came home to a silent house, Lisa went looking for him: was there something wrong with her cat?

She found him upstairs, on a bed. He seemed agitated, licking himself under his tail and he wasn’t interested in saying “hello” to her. What was going on? Had he been involved in an accident of some kind?

Lisa used to work as an inspector for animal welfare and currently she’s with a dog walking service, so she has a good understanding of animals: the first thing she did was to pick Boomer up,  have a few words with him, then put him on the ground, to see if he could walk.

Boomer was able to walk normally, and there was no sign of any injuries, but there was definitely something amiss. He took a few steps, then he squatted into his typical “I am going to pee” crouching position, before stopping and licking himself under his tail again.  Lisa realised that this behaviour was completely abnormal, so she brought him down to the vets at once.

When I lifted Boomer onto the consulting table, the first thing I did was to gently squeeze his tummy, feeling his abdominal contents.  I could feel an abnormal, large, hard object towards the back of his abdomen, like a small melon. It was Boomer’s bladder, and it was like a fully inflated balloon.  It was easy to make the diagnosis: the exit to Boomer’s bladder was blocked, and he was unable to pass urine. He knew that he needed to empty his bladder, but despite straining as much as he could, he was unable to do so. It was like a bottle of champagne with the cork still capped on tightly.

A blocked bladder is a common problem in adult male cats, and it’s a life-threatening crisis. The kidneys continue to produce urine, pumping more fluid into the already over-full bladder. Affected cats feel desperately uncomfortable, but despite their best efforts, they cannot release the pressure. Emergency veterinary help is needed: if Lisa had not brought Boomer to me that evening, he would not have survived the night. Without treatment, the bladder blockage leads to rapid kidney failure: in some cases, the bladder can even burst under pressure.

I admitted Boomer to our hospital, and after sedating him, I tried to pass a urinary catheter into his bladder. As I pushed the fine plastic tube in from the outside, I could feel an obstruction. I had to push hard against this to remove the blockage, similar to clearing a pipe or a drain. Once the obstruction had been removed, the urine flowed freely, and Boomer’s over-full bladder was relieved.

Boomer needed to stay with us for two days, on an intravenous drip.  The urinary blockage had been caused by sludge that had accumulated in his bladder, and we needed to fully flush out his bladder, by making him produce lots of urine, to ensure that the blockage didn’t recur. Boomer was not happy with his treatment: in his mind, he was now better, and he wanted to go home.  He didn’t want that in-dwelling catheter beneath his tail, nor did he want to wear the plastic head collar that was needed to stop him from taking out the catheter. The treatment was necessary, however, and when he went home two days later, I knew that it was far less likely that the blockage would recur.

Boomer now has to be fed a special diet of sachets that change the make-up of his urine, to prevent this from happening again. It’s a complicated illness, and as Boomer would tell you himself, it’s no fun being treated for it: prevention is definitely the best answer.