Freckles was the victim of a mysterious poisoning 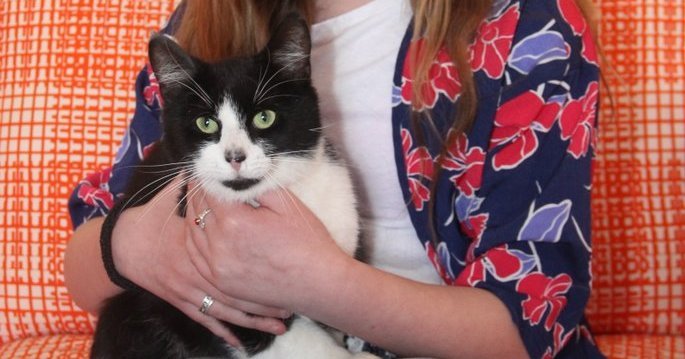 Holly’s family are fond of cats, and in the last few years they looked after a number of rescued cats from local welfare groups. In the past year, three cats have vanished without a trace, and the family have been worrying that there might be some sinister reason for this.

The latest episode with Freckles has made them even more concerned: she seems to have been the victim of poisoning.

When Holly went to school last Monday morning, Freckles was as bright and active as normal, asking to be allowed outside after she’d eaten breakfast. Just six hours later, when Holly came back from school, there was no sign of the cat. He normally greets her at the front door when she comes home. She went looking for him, and when she found him at the bottom of the garden, it was obvious that he was very unwell. He was lying on his side, twitching, and when she called him, he couldn’t stand up. Holly called her Mum at once, and they brought him down to see me.

I examined him carefully: sometimes after accidents cats can be concussed, so I checked for any signs of injury, but there were none. I listened to his heart, looked into his eyes, took his temperature, and when I put all the information together, there was only one likely cause: he had been poisoned. When cats are free-ranging, like Freckles, they may come across many different types of poison, from slug bait, to rat poison, to deliberate poisons that have been maliciously and illegally put out to poison cats. It was hard to know precisely what type of poison Freckles had taken, but the net result was the same: he was in serious trouble.

My first task was to remove as much poison from his system as possible. I gave him a drug that caused him to vomit, and he brought up a stomach-full of hair and some strange nylon fishline. Had someone left out some sort of bait strung tied together with this?

Once Freckles’ stomach was empty, we simply had to keep him comfortable until any poison that had already been absorbed worked its way out of his system. I gave him a sedative to stop the twitching, and intravenous fluids to keep him well hydrated, to help any poison flush out through his kidneys. At that stage, it was impossible to predict whether or not he’d survive. There was no way of telling how much poison he’d taken.

By the next morning, as the sedative wore off, Freckles began to look more normal. The twitching had stopped, he could stand up and walk, and he wanted his breakfast. I kept an eye on him through the rest of the day, but he was definitely completely better, so he went home with Holly that evening.

Freckles survived, but the family are left wondering; were any other cats poisoned? And is there a risk that Freckles might be poisoned again? They’ve let their neighbours know, and everyone is now on the lookout for any suspicious looking piles of food or bait being left out . If there is a malicious poisoner on the loose, they’re going to make sure that he’s stopped before any more cats lives are put at risk.